The history of industrialization in the world’s largest economies are all inked with the pollution that comes with economic growth. As the rest of developing Asia struggle to build enough energy to keep pace with their growing economies’ expanding needs, there is a recognition of new solutions to replace the unsustainability of past development models.

Recent innovations such as Switzerland based Climework’s breakthrough on carbon capture indicate that new possibilities are at hand. In just October 11th, their geothermal plant in Iceland inaugurated the first system ever to capture carbon, approximately 50 metric tons, and converting it into stone, achieving the goal of negative emissions. Such innovations combined with decreasing costs of proven alternative energy sources such as wind and solar are allowing environmentalists to make a stronger case with influential institutions such as the World Bank to move away from supporting fossil fuel projects. However, they face stiff challenges in surmounting established plans of expanding coal energy in the coming decades.

The growth of Asia in the past half century in economic heft represents a monumental shift in the global center. While countries such as China have prospered enormously in the past few decades of rampant industrialization, the environment has fallen victim as much of the growing energy needs were fueled by cheap and reliable coal plants. However, the almost perpetually grey skies over Beijing have forced the Chinese government to recognize the costs of this short sightedness and dramatically invest in clean energies at an enormous scale. As the rest of South and Southeast Asia, representing a total population of nearly two billion, follow China’s path of rapid industrialization, the choice is stark. Should nations such as Pakistan, Bangladesh and Indonesia follow the temptation of cheaper and reliable fossil fuels, or take the more uncharted path of investing in renewable and sustainable energy?

In countries such as Pakistan, the choice is already being made, and for environmentalists, they are worrying. As part of the $54 billion CPEC program which links Pakistan to China’s OBOR initiative, $33 billion of it is being spent on a total of 19 major energy projects including a mix of coal and renewable power plants, transmission lines and other infrastructure. Roughly three quarters of these new plants will be coal powered, although the government claims they will be harnessing new technologies to reduce emissions even as critics deride this claim arguing that the plants will still emit significant pollution. The end goal is to produce over 16,000 megawatts of sorely needed electricity to power Pakistan’s ongoing development.

This underscores a growing conundrum in Chinese policy, while the country itself is weaning itself from coal, over half of new coal plants being built in the developing world are by Chinese companies who are hungry for business elsewhere. Overall 1,600 plants are planned or under construction in 62 countries which will expand global coal fired power capacity by 43%. The US is also wanting to get in the game with Trump proclaiming that he plans to dismantle Obama era regulations on the coal industry with plans to export American coal plant technology through the world. One example is Arlington, Virginia based AES Corporation, which is building coal plants throughout India and the Philippines with an expected combined capacity of 1,700 megawatts.

Quandary for the World Bank

These stark realities present a major quandary for the World Bank in balancing climate goals and financing economic development.  Facing pressure from NGOs demanding an end to the funding of fossil fuel projects, the Bank’s recent decision to start reporting Greenhouse Gas emissions of its project highlight the growing challenges between the gap of its ideological commitment to climate goals while needing to fulfill pressing development needs.

The World Bank’s portfolio remains one of contradictions. On one hand, it has invested $11 billion in renewable energy and $4.5 billion in energy efficiency for the next five years, claiming to be the largest funder of climate related investments in the developing world and on track to have at least 28% of its portfolio delivering climate benefits by 2020. On the other hand, NGOs such as Oil Change International claim that the World Bank, along with the European Investment Bank and the Asian Development Bank continue to be among the world’s largest financiers of fossil fuel energies with over $5 billion approved in 2016. With the Trump administration resolved to loosen Obama era regulations, the bank may be under pressure to increase lending to coal projects.

A Balance of Solutions

Balancing the responsibility of major financial institutions such as the World Bank’s commitment to climate goals with their purpose in aiding development goals remains a challenge. One possible solution would be increasing the requirements of renewable energy funding to rapidly industrializing countries such as the Philippines and Indonesia, while still funding a minority of fossil fuels projects that are confirmed to be using cleaner technologies, in recognition of the limited choices that many of these developing countries face in meeting their population’s energy needs.

In countries such as Indonesia, the World Bank may find willing allies to meet these goals as governments increasingly realize that they can’t afford the same path to industrialization littered with environmental degradation that other developed countries have trodden. The Indonesian government recently declared that no new coal fired power plants will be allowed on the heavily populated island of Java, home to 140 million of the archipelago’s 250 million population. The Indonesian government is committed for Java to be fueled by renewable energy including geothermal plants with the goal of reaching a renewable energy capacity of 23% of its total power by 2025 from only 12% today. In comparison, Indonesia’s consumption of fossil fuels stands at 65%.

Ground breaking innovation in the field of negative emissions and carbon capture such as Climework’s revolutionary pilot plant in Iceland, as well as the increasing comparability of costs between proven renewable sources such as solar and wind compared with new build coal plants, are creating a unique opportunity. Solar costs, driven by improved technology and increasing industries of scale, have dropped 62% in cost since 2009, and analysts predict that solar will replace coal by 2025 as the cheapest form of energy. The time is ripe for major institutional lenders such as the World Bank who have declared a commitment to climate goals to shape policies that would encourage a path to industrialization for developing countries free of the dangerous and predictable mistakes that nations before them have trodden, and continue to pour in immense resources to clean up. Both advances in carbon capture technologies and growing cost efficiencies of existing renewable energies are creating a new possibility that rapid industrialization no longer has to come with the expense of sacrificing a healthy earth. 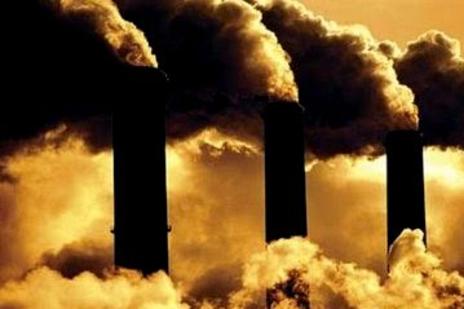