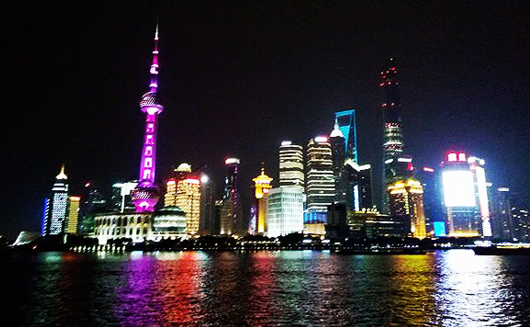 From Sydney to London, from luxury Manhattan condos to palatial Los Angeles mansions, the ubiquitous Chinese buyer has made their mark pushing the envelope on rising housing prices throughout cosmopolitan cities of the West.

San Francisco is certainly no stranger to this global phenomenon, being a primary gateway of Chinese immigration into the United States, it has continuously ranked as the most preferred housing market for Chinese buyers. However, San Francisco is hardly the only market.

This year, Chinese buyers overtook Canadians as the single largest source of foreign homebuyers and they are buying significantly more expensive properties than other foreigners. The average median price purchased by Chinese buyers was $831,000 this year, while Canadians ranked second at a distant $380,000.

This phenomenon has fueled both enthusiasm on the part of home owners and entrepreneurs who are eager to ride this wave, while also causing consternation among locals about yet another factor feeding growing housing unaffordability.

Inevitably, this ongoing wave of investment inflow has sparked debates about the sustainability of this trend, as well as bringing about bearish comparisons with Japan during the 80s, where a flood of cash rich investments turned to a trickle as Japan fell unto its two “lost decades” of flat economic growth which it has yet to recover from.

Analyzing a range of factors, it is clear that the fundamental forces compelling Chinese investment overseas are deep, wide ranging and also unlikely to change significantly in the near future. These factors range from the socio-economic realities of China’s society and future trajectory as well as the ongoing personal reasons motivating Chinese buyers desiring to purchase properties in the West.

“China is a sleeping giant. Let her sleep, for when she wakes, she will shake the world.”

The greatest story of our age is proving to be the rise of China as a modern industrial nation and economy. Emerging from the darkness of the Cultural Revolution in the late 70s, few would have predicted that the gradual reforms set forth by Deng Xiaoping would have led to the head spinning transformation that China has undergone since then. China now boasts the world’s second largest GDP in nominal terms, the largest in PPP terms, the largest foreign exchange reserves and ranks as the world’s greatest trading nation. From mines in Africa to massive farms in Brazil, China’s influence reaches deep into all corners of the world.

Despite economic growth slowing to a still respectable 6.9% in the last quarter from double digit figures which have been the norm of the past two decades, China’s industrialization will undoubtedly continue as the country’s development potential is still far from being fully realized.

China’s urbanization rate is only slightly above 50% and the next few decades will likely see this figure continue to rise significantly. This means that a sizable portion of China’s population continue to live in its vast rural interior and are not yet fully plugged into the global economy.

The Chinese government’s emphasis on further urbanizing lower tier cities and establishing gargantuan metro regions such as Jingjinji, a planned “super city” with a future population of 110 million covering an area the size of Kansas, will continue to revolutionize and intensify the country’s rapid urbanization.

China’s current relative slowdown is a symptom of the government’s efforts to transition the nation away from the investment led growth which propelled China into becoming the “factory of the world”, to a consumer led model that is more in line with that of developed economies which will help fuel the rise of the service sector and the increasing enlargement of China’s middle class.

What this means is that China’s ranks of wealthy and moderately wealthy will likely continue to grow. Just this year, China officially overtook the US in the number of billionaires, with 596 versus America’s 536, and the takeover was not gradual, China added a whopping 242 billionaires in just the last year alone.

Naysayers often bring to the fore the example of Japan, which during the 80s was riding high on a wave of economic growth and buying assets left and right across the United States, but this all came to a screeching halt as Japan hit an era of flat line growth. However, an astute comparison between the two nations only concludes that there really is no comparison at all.

China is a continental nation of 1.4 Billion people, while Japan is a medium sized island nation of 130 Million people. Japan during the 80s was punching far above its weight, already long a fully industrialized and hyper urbanized nation. China today is still punching below its weight, still possessing vast unlocked potential as it continues a program of rapid urbanization and industrialization.

China’s economy looks to be on the verge of reaching a greater level of sophistication with research capabilities improving and its customer base reaching growing sophistication. Increasingly, Chinese companies are growing capable of increasing the value of its products and services through innovation, rather than simply being a low cost manufacturer of choice.

As China continues its astounding transformation into a developed, middle class country, the ranks of its wealthy will be increasing many fold. This means that the supply of investors with the resources to purchase foreign properties will continue to rise exponentially in the foreseeable future, at least the next two decades. This translates to the reality that the source of affluent buyers coming from China is not only unlikely to cease, but their aggregate numbers and the relative size of their personal wealth is likely to increase significantly in the years to come.

HIGHER LIVING STANDARDS IN THE WEST

The living standards of the Chinese population have come a long way since the Mao era where drab grey and blue suits were worn by all and bicycles swarmed city avenues with cars nowhere to be found. Undoubtedly, China has been very successful in improving the quality of life for the vast majority of its population and there are areas such as the building of cutting edge infrastructure exemplified by its massive high speed rail network, where China now leads most Western countries.

However, despite all of its successes, China still suffers from significant problems which serve as major catalysts for many Chinese buyers seeking foreign properties. Many of these problems such as pollution, vast wealth disparities and poor safety standards are ongoing byproducts of its rapid and often unregulated industrialization as well as expected challenges facing the management of a massive population.

These issues will likely take decades to solve and will continue to plague China for the near future, therefore, Chinese buyers will continue to seek Western countries as lucrative destinations that offer many perks such as clean natural environments, uncontaminated food and water, and relatively cheap and sizable living spaces located in attractive neighborhoods.

Another major reason why the Chinese are motivated in purchasing property in Western countries is the opportunity to have their kids receive a Western education, which may prove useful even if they eventually return to China to take over family businesses or pursue their own careers.

Last year, China dominated the number of foreign students attending US colleges with over 300,000 currently enrolled in America’s colleges and universities, far ahead of any other foreign group. Receiving a Western education and life experience is seen as both a status symbol and as a crucial tool for success in China. Thus, as China’s wealthy continue to increase in number, the waves of Chinese students arriving on Western shores for educational opportunities will likely only continue to increase.

Even as China’s economy has modernized, its political system remains authoritarian by nature with power concentrated in the hands of the Communist Party and its leaders. Although China’s leaders love to preach about the establishment of the rule of law, the reality is that China’s political system is still very much one that is “ruled by man”.

China’s wealthy and powerful exist in an atmosphere of precarious anxiety and insecurity, fearing that at any time they may fall victim to the latest political fallout if they find themselves on the losing side. Just recently, the detainment of Fosun Group’s Guo Guangchang to the mysterious death of Bo Xilai ally Xu Ming point to ongoing dangers faced by China’s wealthy existing within its unpredictable political environment.

This nerve racking reality translates into the West being seen as a safe haven for wealthy Chinese to park their considerable riches, some of which may have been questionably earned, and to possess an exit ticket in case political winds blow south. Western societies enjoy a long history of political stability affording strong protection for individual civil and property rights. In addition, Western economies have a long track record of relative stability and thus investment into fixed assets in the West such as real estate are seen as sound long term investments which feature moderate though respectable returns.

The rise of the wealthy Chinese buyer currently transforming the global economy rests on many strong underlying currents ranging from the increasing ranks of wealthy individuals resulting from China’s ongoing development, the continued desirability of the Western lifestyle and an ongoing sense of insecurity with China’s authoritarian political climate.

These factors are unlikely to significantly change over the course of the next two decades, thus it is equally unlikely that the flow of Chinese investment into American and Western real estate will decrease or come to an abrupt halt. Currently, Chinese investment flows into North America has primarily been heavily concentrated in several key metro regions such as Vancouver, NYC, San Francisco and Los Angeles. However, as the number and sophistication of Chinese buyers continue to grow, investment into less traditional regions and real estate property types will likely expand and diversify.

The impact of Chinese investment in American real estate poses both challenges and opportunities for American consumers and governments. While the presence of strong foreign demand may contribute to a significant drop of affordability in already high priced markets such as San Francisco, large investment inflows also present great opportunities for American businesses and governments to prosper and ignite greater economic growth. Either way, the presence of the China factor in local real estate markets throughout America is looking like a reality that will be here to stay.