The potential for urban development in the San Francisco Bay Area has always been confined by geographical realities. Situated on a narrow peninsula and hemmed in by water and mountains, the housing crisis of the Bay Area where only 20% of households can afford to own a home is further exacerbated by the topography of the region. Traditionally in the last few decades, this has led to a small exodus of residents fleeing to Central Valley metros such as Sacramento and Stockton in search of less expensive housing, though this trend is limited by significant travel times between the Central Valley and the Bay Area.

As the California HSR project hits fresh legal challenges in its continued effort to link Northern and Southern California, it may be time to consider plans that shifts the focus towards using existing and proven technologies in providing practical solutions to immediate regional challenges with overwhelming commuter pressures and housing costs.

Whereas the current HSR plan focuses on a long distance linkage between San Francisco and Los Angeles which aims to provide a travel time under three hours, still significantly more than a flight between the two cities. A HSR plan which is built along primary commuter routes linking the populated centers of Northern California would actually provide a more economically viable solution with immediately high ridership numbers which would fundamentally change the commuting paradigm in the Greater Norcal region.

A high speed rail network connecting the financial and tech hubs of San Francisco and Silicon Valley with the existing population centers and cheaper housing markets of the East Bay and Central Valley would provide housing solutions for the masses of workers in the region who are struggling to make rent or losing hope in ever owning a home.

The current HSR plan operates on a statewide basis with the primary design being a high speed route between San Francisco and Los Angeles. However, this primary only affects travelers between the two regions and has little impact on the more pressing daily concerns faced by locals who are facing commuter gridlock and outrageous housing costs.

The existing planned HSR route connects the Bay Area to the south bound track through the Pacheco pass, which runs through Gilroy towards the Central Valley through unpopulated areas which completely ignores the major commuting routes which link the Peninsula with existing population centers in the East Bay.

Instead of focusing on the luxury of a faster train ride between San Francisco and Los Angeles, it may appear more prudent to focus on utilizing existing high speed rail technologies which are widely employed throughout the world, to rapidly reduce commuter times and create a regional high speed rail network which would serve as the backbone of a comprehensive high speed transportation system serving the immediate and pressing needs of the local population.

The time and space paradigms existing in regards to travel periods between primary Northern California cities would be significantly reduced. Travel between Sacramento to San Francisco for instance, would be reduced from a grueling two hour drive, to a quick 30 minute train ride, making it a viable daily commute for workers who could own affordable real estate in the Sacramento region while taking advantage of the employment opportunities of the San Francisco Peninsula.

Building a regional HSR plan would cost less because much of the infrastructure would already be in existence. HSR tracks can be built along the routes of existing train tracks and utilize existing train stations. In addition, because they follow existing commuter patterns, these routes would enjoy immediate economic feasibility because of high ridership numbers.

Critics of a regional high speed rail plan may argue that this would likely lead to increased sprawl. However, if effectively designed policies are adopted, the reverse would actually happen. The phenomena of urban sprawl and the expansion of the American suburbs are primarily due to two reasons, the proliferation of the American car culture and highway system, and low density zoning codes.

By building a comprehensive high speed rail network throughout the Greater Norcal region which connects existing communities as “nodes” in this system, zoning codes of the immediate areas closest to HSR stations should be significantly increased to allow much higher residential density so as to maximize the number of housing units which can exist within close walking and biking proximity to the HSR networks. By building greater density in these “nodes” in the system, we can create enough housing stock to keep home affordability within reach for majority of the workforce, while creating walkable, sustainable and intelligent cities which do significantly limit the wanton expansion of continued suburban sprawl.

SHIFT IN URBAN AND LIFESTYLE PARADIGM

The impact of a Greater Norcal HSR network which significantly reduces commuting time between populated regions would fundamentally alter the economies and urban lifestyles common in the region. The system would provide a lifejacket to the masses of workers in the San Francisco and Peninsula who are priced out of the region, by making real the possibility of owning an affordable home within reasonable commuting distance to their workplaces without facing a nightmare commute.

A HSR system combined with smart zoning regulations would create a shift towards denser, more environmentally sustainable communities which are walkable and centered on an HSR node. The increased residential density in turn creates more dynamic and vibrant business districts which will boost economic growth and increase inter-city travel throughout Northern California.

In contrast to a statewide HSR system which is estimated to cost $68 Billion or more and with much composed of occupying new land in which to build new track with no promise of economic viability. A regional HSR system built along existing track lines along heavily used commuter lanes is less a luxury rather than a sorely needed solution to pressing economic issues centered on easing the housing crisis and heavy commuter gridlock. 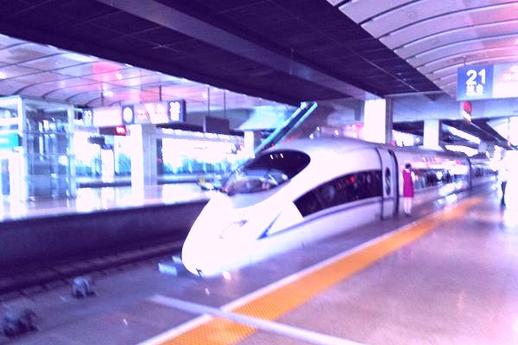