The fog still chills the morning air and the cable cars still climb halfway to the stars, yet on the ground, the city by the bay has changed beyond recognition since Tony Bennet left his heart here. As Silicon Valley and the tech industry has led the region into a period of unprecedented wealth and innovation, existing political and geographical bottlenecks have caused an alarming housing crisis and astronomical rise in socio-economic inequality.

Whereas the citizens of most cities display pride and support for their home industries, the irony is that drastic market distortions have actually created a simmering underbelly of resentment in the region towards the tech industry, even calls by a vocal minority to punish those players who are benefitting from the economic and housing boom.

Undoubtedly, the prosperity and innovation that Silicon Valley brings are highly coveted net positives, however if the spillover of this growth and how it impacts the surrounding region is not resolved, this will lead to a drastic increase in socio-economic inequality which may have a profound impact on the region’s society for generations to come. The history and experience of how Silicon Valley has transformed and impacted the surrounding region holds valuable lessons to the opportunities and perils for other cities nationwide which are cultivating homegrown technology sectors.

According to a recent study by the California Budget Center, San Francisco ranks first in California for economic inequality. The average income of the top 1% of households in the city averages $3.6 million, 44 times the average income of the bottom 99% which stood at $81,094. The top 1% of the San Francisco peninsula’s share of total income now extends to 30.8%, a dramatic jump from 1989, where it stood at 15.8%.

The region’s economy in the past generation has been fundamentally transformed by the technology industry springing from Silicon Valley but due to policies pushed forth by Ed Lee, have increasingly moved into the city. By its nature, the tech industry is elitist, because only a small minority in society possesses the aptitude to excel in the field. In addition, the region has become a global magnet for those with specialized skills, which has helped fueled economic vibrancy in the region.

While the economic growth has reduced unemployment to 3.4% which is a commendable feat, it has also induced an alarming rise in inequality. Since 1989, the average income of the top 1% has soared 248.8%, while the bottom 99% has grown a far more modest 23.2%, when adjusted for inflation.

The strength of recent job growth in the Bay Area combined with policies that have traditionally limited housing development in the city and throughout the peninsula has proven to be a perfect recipe for an affordability crisis. In 2015 alone, the Bay Area added 64,000 in jobs, in the same year, only 5,000 new homes were constructed.

With the average house in San Francisco costing over $1.25 million and median condo prices standing at $1.11 million, the minimum qualifying income to purchase a house has increased to $254,000, and that’s with the assumption that such buyers have $240,000 lying around as a down payment. Considering that the median household income in the city stood at $77,000, it is not an exaggeration to say that the dream of home ownership is now beyond the grasp of the vast majority of today’s renters.

WHY RISING HOUSING UNAFFORDABILITY IS DANGEROUS

For generations, the stability and prosperity of the American middle class has been anchored by home ownership. Studies have consistently shown that the value of land has consistently outpaced overall income growth in the country, thus providing a huge advantage to property owners as a vehicle of wealth building. When home prices soar above the reach of most households, the gap between the haves and the have nots dramatically increase.

If causal factors leading to housing unaffordability are not resolved and compounded over a generation or two, the social stratification in two or three decades will start to resemble that of third world countries where a small elite have control over a vast lion’s share of total wealth, with the vast majority struggling to pay rent and survive.

The result of this would be a society where the threat of class warfare would loom large. Studies have shown time and time again that a society’s level of happiness is less tied to measures of quantitative wealth rather than to ties of qualitative wealth. Meaning that how a person judges their wellbeing in comparison to their neighbors has more of an impact on their happiness than their objective standard of living.

When the median qualifying income to buy an average home stands at $254,000, it is not only the working class of the Bay Area who are excluded from home ownership, but a vast swathe of the white collar work force as well. Even those who earn $150,000 a year will be spending an inordinate percentage of their monthly income on rent alone as average one bedroom apartments in the city now average $3500 a month.

History has shown us time and time again, that in societies where huge gaps of wealth are unresolved, class divisions rise and disruption of the existing system inevitably occurs. When a system no longer provides opportunities for the majority to partake in wealth building, it not only robs those who are excluded of opportunities, but also of their dignity.

Human dignity often revolves around one’s perceived relative esteem in society, and a situation where a small percentage hold the keys for possessing wealth guarantees increased exclusivity on the part of social elites, as well as heightened alienation and resentment from the excluded classes.

San Francisco and the Bay Area have long been committed to values which embrace inclusivity and counter culture, to see such fundamental inequalities become the norm, would completely destroy the social fabric that have defined the region.

THE NEED FOR POSITIVE SOLUTIONS

While it is understandable for those who are resentful of the haves to call for regressive policies such as heavily taxing technology companies or real estate developers, these actions will prove to be a mindless reaction which will only hurt housing and job providers.

By and large, American capitalism has historically been a positive force for the prosperity of the middle class. Resorting to tactics akin to Communist regimes which seek to punish the rich are not viable policies that will solve our housing crisis while also maintaining a healthy economy. The housing crisis is caused by two primary factors, one is the growing desirability of the Bay Area as a place to live due to a vibrant economy, and the second is our limited housing stock.

The first factor is a positive phenomenon for the region as it boosts high quality job creation and economic growth. However, the second factor is caused by two driving forces, one is a history of restrictive housing policies in the city and peninsula which have significantly limited housing supply, and the other are the geographical limitations of the Bay Area which is hemmed in by water and mountains.

Although the city is experiencing an unprecedented boom in new housing, more units are sorely needed. Historically, politics in the city and the peninsula have made it hard for new developments to become shovel ready. Due to protectionist policies originally designed to quell bad development and boost historic preservation in our urban areas, these policies now act as a hindrance causing excessive delays for developers planning to introduce new housing stock to the market.

It is clear that we live in a complex political and social environment in the city. With that said, it is crucial that developers work with local housing groups to determine an acceptable standard of BMRs required for each development that would work in both alleviating some of the housing crisis along with ensuring that developers are still earning a healthy profit.

Currently, the planning commission is reviewing legislation that would increase the required amount of BMR’s for specified locations to 30% from the current norm of 12%, in exchange for up-zoning for the project. This will help ensure that the new housing stock coming into the city won’t all be reserved for luxury units.

Simply increasing density and housing stock will not be enough however to meet the enormity of the housing challenges we face. Therefore, solutions such as improving existing public transportation infrastructure to link far flung regions to Silicon Valley and the city.

By building an effective Norcal high speed commuting system which links the populated centers of the Bay Area and the Central Valley, we would be able to dramatically shorten travel times between the high priced and congested peninsula with the low priced and low density Central Valley. In short, this system would constitute the “democratization of geography” by bringing once far flung regions within reasonable commute to heavy job centers.

Based on operating speeds currently in use in many other developed countries, high speed rail could shorten the time to travel between San Francisco to Sacramento, or from Stockton to San Jose to under 30 minutes.

By converting existing train routes to high speed rail technology and linking existing population centers, this system would have a guaranteed ridership that would improve feasibility and reduce cost for the project. Combined with smart zoning policies that dramatically increase housing density for areas surrounding the high speed rail stations, we will be able to build affordable housing within tenable commuting distance for a significant bulk of the workforce who are priced out of more expensive markets.

SOLUTIONS NEED TO BE IMPLEMENTED NOW

Despite talk of the possible burst of a real estate or tech bubble bringing about a temporary halt to the march of escalating housing prices, it is clear that the underlying issues of our housing crisis are here to stay. Even a temporary slowdown in housing costs will not likely be enough to prevent rapid social stratification when only a small minority of households in the region are able to afford their own home and participate in wealth building.

The impending housing crisis forces the uncomfortable question of what type of society we would like to be. Will it be one where elites command the vast bulk of wealth and where the inclusive values of the Bay Area are replaced by a culture defined by a cut throat business world characterized by a lack of empathy for the poor, one we have recently bore witness to, in reference to local tech bro Justin Keller’s open letter to the city complaining about the sight of the homeless.

Or will it be a society that provides equitable and practical solutions to complex social issues by balancing smart government policies while encouraging a thriving economy.

Solutions to solve this crisis need to be implemented now, because three decades from now, we may face angry mobs mobilized by charismatic demagogues demanding justice from a system which has marginalized them, who will refuse to sit patiently through polite talk of housing reform. Instead their desperation will make them want to seize by force, what the market could not provide.

The solutions to the housing crisis is clear. Increase density and housing units. Use existing technology to shorten travel times to break the geographical bottleneck of expensive housing.

This is the San Francisco Bay Area’s opportunity to prove that it stands not only in the forefront of innovations that harness the greatest potential for human courage and imagination, but that same courage and imagination can be used to solve complex social and economic problems that do not abandon social responsibility and protects a tomorrow which offers opportunities for all. 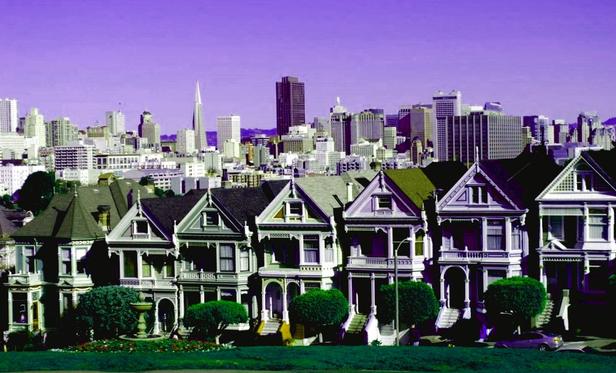