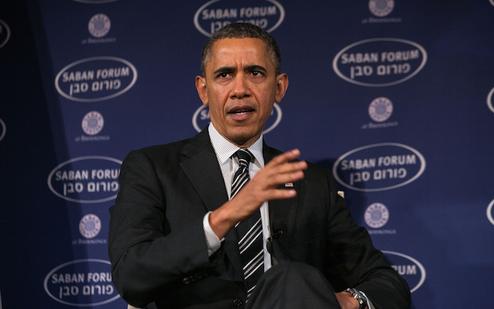 For the last 70 years, since the end of World War II, the West has shared a unified ethos on where it stood. Anchored by the United States, Western Europe and the Anglo diaspora states of Australia, Canada and New Zealand, the West was defined by a powerful political consensus that largely came to be defined by the promotion of democracy, globalization, free trade, the reduction of political and economic barriers, social liberalization and immigration.

This consensus fundamentally changed the world, dramatically increasing global trade and investment, increased protection for the rights of minorities and LGBT, advanced women’s rights and increased immigration into Western societies. The West appeared as a unified bloc, brimming with endless confidence in its own moral superiority and destiny, often displaying self-righteous indignation at governments and cultures that did not share its values.

During the Cold War, the West and many of its proxy allies in the developing world, stood steadfast against the revolutionary zeal of the Communist world which promoted national liberation intertwined with international solidarity, command economies, social justice and one party authoritarianism. This paradigm was destroyed with the fall of the Iron Curtain, and the subsequent opening of China.

Since the 1990s, the Western consensus has dominated the world. Internationally, it has pursued a world increasingly connected by free trade, the championing of democracy and globalization. Domestically, Western nations promoted tolerance for racial, religious and sexual minorities, multi-culturalism and liberal intellectualism. Western nations championed a sense of inclusive civic national identities, rejecting ethno-nationalism.

There is an often repeated expression that is used ironically, “May you live in interesting times.” We certainly do today. What started as a crack in the Western consensus with Brexit, has now grown into a gaping hole with the unexpected election of Donald Trump.

For the first time in nearly three generations, the Western consensus is facing a formidable threat to its legitimacy. Campaigning with a platform that destroyed all conventions of political correctness, often veering into racist and misogynistic themes, deeply hostile to free trade, friendly to Russia and critical of our alliance commitments and neoconservative militarism, Trump instituted a hostile takeover of the Republican Party.

However, Trump is no traditional Republican. His coup of the party allowed him to successfully use its national platform in our biparty system as a vehicle towards the presidency, even as the party establishment widely rejected his candidacy.  Against all odds, he was victorious and shock and unease soon set in throughout the world.

The United States will now have an incoming president with a worldview, nationalistic and populist, often diametrically opposed to the Western consensus. Trump’s controversial and trusted strategist, Stephen Bannon, has openly expressed deep resentment against the Republican establishment, particularly figures such as Paul Ryan. He has made clear the intention of the Trump camp to start a new political movement to replace the traditional Republican Party now in their command.

What is fast transpiring is the dawn of a new political era where the old paradigm pitching liberal versus conservative, no longer applies. That old rivalry had existed, with contrasting ways of governance, but often within the same worldview, that of a belief in free trade, civic nationalism and Western moral supremacy. The Democrats and the Republicans both upheld and supported our government’s support and leadership in the Western consensus, echoing the values that we had thought defined the West. Now, in the United States and Britain, arguably the two most important cultural anchors of the West, we have witnessed the rise of leaders, and their movements, who are increasingly rejecting those values.

The old political paradigm is quickly being replaced before our own eyes. One that pitches the Neoliberal establishment, still dominant among the cosmopolitan elites of the West, versus a new wave of right wing populist nationalist movements who are hostile to immigration, free trade and favor increasingly non-interventionist foreign policies, far more concerned with domestic issues and often with ethno-nationalist undertones.

The new populism has moved at a speed and breadth unforeseen in modern history. Much of this has to do with the power of the internet and the ability to spread once marginalized ideologies widely, winning hearts and minds away from the mainstream media outlets which once had a near monopoly on public discourse and thoughts. From websites such as Breitbart to the Alex Jones’ Youtube Infowars channel, once marginal groups such as the Alt Right, have been able to hitch themselves upon Trump’s rise and have moved themselves into the mainstream.

The marketplace of ideas, once dominated by large corporations deeply vested in the establishment, is now quickly being democratized by the power of the internet. Barriers of entry have been radically lowered, allowing low cost platforms to challenge the message of the mainstream media, and often times, quite effectively. The internet now hosts many alternative political universes that go unnoticed by mainstream society, but have proven to be extremely powerful in shaping worldviews of growing subcultures that are now challenging the accepted narrative.

Current trends, where leading states of the West are turning towards leaders who increasingly reject the Neoliberal value system, suggest that the façade of a united West may be fast eroding. With leaders who are refusing to accept the traditional agenda, the West will cease to behave so much as a singular actor, and simply become a number of independent actors, each with their own agendas.

The West will still be bound by a deep set of cultural ties and similarities, but the motivations and stances that individual states take may largely depend on the orientation of their elected leadership at any given time. What this means is that we are entering a far more unpredictable and potentially chaotic world.

The new political fault lines developing in the United States are still unclear. With the movement we have seen mobilized by the Bernie Sanders campaign and the subsequent anti-Trump protests, we may see the Neoliberal establishment challenged not only by a Trump led populist right, but also by a Sanders like populist left. Both grass roots movements fed by powerful and savvy social media driven platforms challenging the status quo.

As Blue State America openly challenges and disobeys the policies of the Trump administration and a government where Republicans dominate all three branches, a frustrated anti-Trump movement may find its voice in an alternative populist leftist “Alt-Left” movement with a worldview that champions the liberal values of Blue America in strident opposition to the bigotry of the Alt-Right, but rejecting the influence of Wall Street on Washington that has been groomed under the Neoliberals, while pushing aggressive programs for universal healthcare and education to bolster the middle class and the poor.

As the Neoliberal domination of the West begins to erode, we may see the rise of Western governments who possess worldviews diametrically opposed to one another. Governments drawn from what were formerly the Left or Right fringes of society may take over. Western nations may eventually start to mirror non-Western nations more than one another. For example, Trump already shares a closer style and worldview with leaders such as Russia’s Putin or the Phillipines’ Duterte, than he does with the bulk of the European elite.

What this means is that the uniqueness of the “West” may fade into a world with no dominant political or global paradigm aside from nationalism reigning supreme.

THE STRENGTH OF NEOLIBERAL INSTITUTIONS

With the state of angst and the rapid pace of change unfolding as the Trump administration prepares to take office, it is too easy to begin writing the obituary for the global order. However, this is likely premature as the Neoliberal institutions and worldview that have dominated the Western world are still entrenched powerfully in our political and business world. Many of the themes of the Alt Right, particularly the extreme racism and misogyny common in their cyberspace, are still too distasteful to be stomached by the mainstream public. While the socialist policies of the Alt-Left will likely be viewed with great suspicion.

However, with the rise of alternative movements who are increasingly savvy enough to harness the power of the internet, it is clear the Neoliberal monopoly will be facing unprecedented challenges to its entrenched dominance from both sides. These challenges may create significant diversity among Western nations in terms of foreign, trade, immigration policies, and even in the value of human rights.

The Western consensus may be able to withstand the momentary victories of a Trump or a Sanders, but the movements they represent have been unleashed and are now duking it out with the entrenched establishment in the boxing arena of electoral politics. That reality will not be reversed, they have entered the public consciousness and are here to stay, and the polarization we have witnessed with this divisive election may only widen in the years to come. What is clear, is that we do live in interesting times.