Across the unending steppes of Central Asia and the frozen forests of Sibera, the spheres of Russia and China meet. In this vast landscape deep in the hinterland of Eurasia, a rising alliance between the two powerful neighbors are utilizing geographic advantages and an array of common interests to cement the foundation of an alternative power axis to the West and it’s US dominated European and East Asian network of allies.

After the collapse of the Soviet Union and the end of the Cold War, the United States emerged as the lone global superpower. With Russia crumbling under a corrupt oligarchy and an impoverished China just emerging from the isolation following the Tiananmen massacre, the unchallenged stature of American supremacy drew some to label the US as the world’s first hyper power.

Global industry and trade was dominated by the G-7 group of industrialized nations, whose total economic output dominated nearly 60% of the world’s GDP in PPP terms. Western domination characterized by American leadership buoyed by its alliance network comprising the EU states and Japan, formed a ring around the Eurasian continent with the Pacific and Atlantic oceans setting the stage for global trade and commerce.

The Eurasian hinterland, in contrast, lay as a fallow expanse of failed states, poverty, corruption and backwardness. Russia and China found themselves shut out as equal participants of this power axis. While Russian society fell into an abyss of chaos and crisis, the West continued its encroachment into Eastern Europe and incorporating swathes of Russia’s former sphere of influence into Western institutions such as NATO and the EU. China, which had just started to tie itself into global commerce, was contained by Japanese economic might and American military power.

Chinese and Russian ties began to coalesce around a shared set of interests as the two great powers found themselves the odd ones out of the new world order that had emerged post-Cold War. China was useful as a growing market for Russian commodities and a reliable political ally against Western encroachment, while Russia was invaluable to China as a source of military and space technology. Overtime, with Russia’s political resurgence under the strongman rule of Vladimir Putin, and China’s astronomical ascent into global economic prominence, the marriage of convenience between the two powers has transformed into a comprehensive and overarching strategy aimed at tilting the global balance of power towards their favor.

Russia and China are the world’s first and third largest nations by land area. With a combined land area of over 10.3 million square miles, the two powers are the greatest land empires of the Eurasian continent. Peace between the two giant neighbors guaranteed the freeing of immense resources that would otherwise be spent warily manning lengthy land borders, thus solidifying a massive Eurasian fortress, turning geographic advantage into a source of power projection unto the coastal margins of the continent. Geographic margins that are constituted by the economically vibrant but geographically small nation states allied with the United States.

The world today looks vastly different than it did in the early 90s. China today is the world’s second largest economy and growing more competitive every day in increasingly sophisticated industries, that were once the sole preserve of Western and Japanese companies and institutions. Russia is now a resurgent political power that routinely infiltrates Western elections and has gained traction among circles of nationalists attempting to overturn the liberal Western order. The United States, meanwhile, has begun to turn inwards with tensions flaring between the new Trump administration and its European allies. Everywhere we turn, the once unquestioned dominance of the Western consensus is fading.

The New Silk Road and the New World Order

In mid-May, Xi Jinping welcomed dozens of the leaders and delegates of the 68 countries involved in its One Belt One Road initiative. Although many heads of states failed to arrive, the grandiosity of the summit underlined China’s determination to use economic integration and investment to herald a new world order.

The Belt and Road initiative, spearheaded by China, and strongly supported by Russia, spells a comprehensive plan to combine the construction of massive infrastructure including roads, trains and ports to the focused agenda of cross border investment and loans, much of which will be supplied by China.

The ultimate goal of the One Belt One Road agenda is to shift the center of global trade and power to its favor. However, through the course of this, the plan must also ensure that Eurasia and Africa as a whole must share in the growing prosperity, in order to fill the vast potential of their markets and economies. Without a doubt, this strategy backed by potentially tens of trillions of RMB over the course of decades, represent the greatest tip in the balance of global power that we have seen in nearly a century, since an industrializing United States became the world’s greatest economy.

Undoubtedly, if the plan comes to fruition, what we will witness in the decades to come is the transformation of a gigantic swathe of humanity, from the steppes of Eurasia to the savannahs of Africa. Huge swathes that were once mired in poverty and isolation, that will eventually be key nodes of the global economy. In the future, it will not only be China challenging the economic power of the United States, but it will be countries like Iran, Nigeria, and Pakistan challenging the economic heft of Japan, Germany and the UK.

This massive geographic continuity would have all commercial roads leading to China, and become a sphere dominated by the Sino-Russian alliance. An impenetrable Eurasian fortress.

Even as China and Russia strategize to build an opposing power pole, neither are immune to these truths. Both nations still crave positive relations with the United States, however, the window of American advantage in its leverage is also closing. Therefore, it is imperative that the United States leverage its powerful alliances and global influence so that it negotiates effectively with both powers to gain access to new markets and more importantly, is not left out as a major underwriter in the architecture of the new world order. Failure to do so will see the US locked out of an emerging “Eurasian Fotress”, where the fortunes and dramas shaping our future will be made. 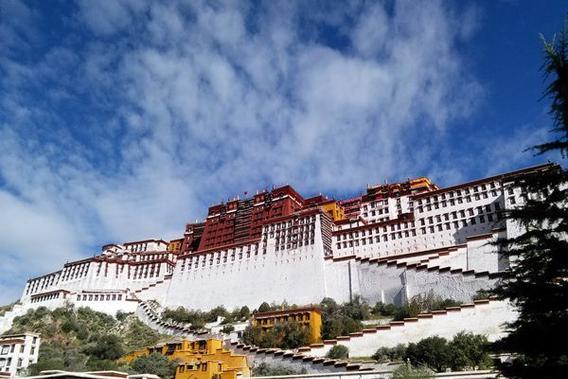