On the campaign trail, China was often a target of Donald Trump’s ire as the cause for the Rust Belt’s maladies. From stealing American manufacturing jobs to currency manipulation, China served an easy bogeyman for Trump the candidate to score an easy buck. However, in light of the actual facts on the ground, his words often sounded like they were trapped in a time warp.

There are areas of China’s trade policies which are certainly unfair and should be renegotiated, however, an understanding based on incorrect and outdated information will not bring any benefit to American industries, and would actually miss tremendous opportunities that could potentially greatly benefit American workers.

Obviously, China has made an impact on this trend, however, it is only one of many factors along with increasing efficiency in manufacturing due to automation, early off shoring to other nations, and the simple extinction of certain product lines and industries as the American workforce has shifted towards service industries. American manufacturing production actually grew 17.6% between 2006 to 2013, but 88% of those jobs were taken up by increasing use of robots.

Today, instead of stealing US jobs, China is fast losing manufacturing jobs to both robotics as well as lower cost countries as local wages rise, and this is primarily why the Chinese government is prioritizing a rapid shift towards a service based economy and a move up the innovation ladder.

Trump’s other critique of China centers around currency manipulation. This is another largely outdated point of view. For many years, China was indeed manipulating its currency and depressing its value to keep its products at a significant cost advantage. Although the Chinese government still retains significant control over the value of the RMB, since 2005, due to a combination of criticism from its trade partners to needing to boost domestic consumption, the value of their currency has significantly appreciated against the dollar to where most economists now consider it no longer truly undervalued.

FOCUSING ON THE RIGHT ISSUES

Trump’s focus on outdated data will do nothing to revive American industry. However, there are many areas of negotiation that he can focus on which will. It is true that there remains a yawning trade deficit with China, standing at $365 billion in 2015.

First and foremost, Trump should understand that the Chinese economy has changed markedly in the past decade. The country has experienced significant shifts towards urbanization, for the first time in history, it is now a majority urban nation standing at an urbanization rate of 56% in 2015, projected to reach 70% by 2025. In addition, according to a McKinsey report, China’s middle class will comprise 76% of its urban population by 2022. China is already the world’s largest market for a wide range of consumer products from smartphones to automobiles.

Instead of tariffs that would likely lead to a mutually destructive trade war, Trump’s new administration would be better served by understanding China’s fast changing realities, and how China’s political policies which favor domestic companies in crucial industries spell unfair competitive advantages against American manufactured products which have proven to be very competitive in the Chinese market.

In the auto industry, for example, China requires that foreign automakers selling automobiles in China are required to operate joint ventures with local Chinese companies in order to sell their vehicles in the Chinese market. Foreign manufactured vehicles are subject to high tariffs. China is the world’s largest automobile market, and American automakers such as General Motors have been wildly successful, selling over 3.61 million cars in 2015, making China it’s biggest market.

However, American workers hardly benefit when all the cars being sold there are primarily manufactured in China. By negotiating greater access for American manufactured vehicles from automakers such as GM, Ford and Tesla, and for other competitive American products such as aircraft and heavy machinery, Trump could significantly boost demand for industrial jobs, particularly in the rustbelt states that trusted him to deliver.

RETURN OF MANUFACTURING FROM CHINA

One trend that was conspicuously missing in Trump’s tirades against China is the fact that Chinese direct investment in the US is actually increasing rapidly. From a negligible trickle 15 years ago, it has grown to more than $15 billion in over 171 transactions in 2015 to more than $30 billion pending this year alone. From electric buses in Lancaster, CA to methanol plants in Louisiana, to automotive glass factories in Ohio, Chinese companies are elevating their manufacturing presence in the US, often tied to wanting greater access to the American market.

This is a trend that the Trump administration should take note of, and encourage. Chinese outbound investment surpassed $110 billion in 2015, and for the first time, overtook inbound foreign investment. Chinese businessmen and corporations are looking to diversify and expand globally. The US remains a very attractive market for investment due to its affluence, skilled workforce and stability. It would be imperative for the incoming administration to facilitate more investment that would lead to reversing the flow of manufacturing jobs overseas.

Trump the candidate has masterfully played an unconventional game to win the presidency amidst incredible odds. Chances are, he will also be an unconventional president. With China, there lies a great opportunity for a reset in relations, where the consummate showman has the opportunity to drive a grand new bargain that would ultimately help him deliver on his campaign promises. However, in order to negotiate effectively, one must need to understand the facts clearly.

Trump is right, China’s leaders have been smarter than ours and they have been winning the economic game, and part of it is because China’s elite understand the US incomparably more than the other way around. Great opportunities abound for the US to drive a new bargain with China that would ultimately offer a great boon to the US economy and workforce, but the first step is to gain a clear understanding of what exactly needs to be fixed and also, of the potential opportunities surrounding what is likely the world’s most important bilateral relationship. 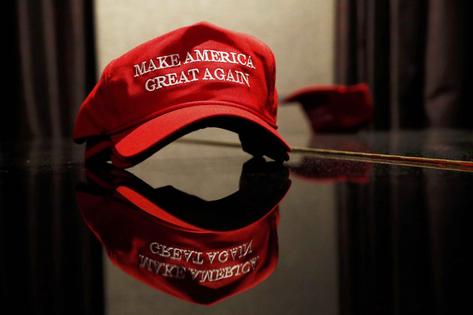